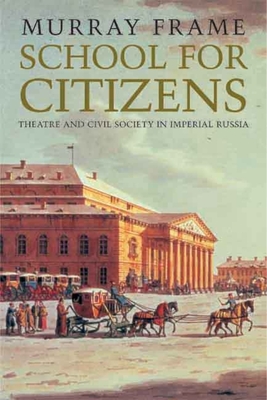 This book offers a new perspective on the history of theatre in imperial Russia, focusing on the rise and regulation of the theatre industry and on the development of the idea of theatre. Murray Frame analyzes for the first time the impact of Russia’s theatre on society and politics from the end of the eighteenth century to the early twentieth century.
The book highlights the roles of the state and the intelligentsia, both of which perceived theatre’s powerful potential as a means of education. But while the state promoted theatre-going as an essential accoutrement of civilization and respectability, the intelligentsia saw in theater the opportunity to articulate alternative social and political ideas. The author explores the contributions of civil society and theatre culture to one another as Russian theater gained increasingly wide respect, and along the way draws lively portraits of the important actors, patrons, writers, and critics, as well as the theatres that employed and entertained them.

Murray Frame is lecturer in the department of history at University of Dundee, Scotland.