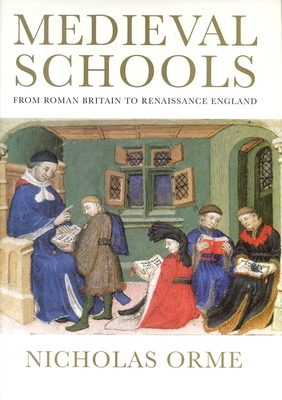 Children have gone to school in England since Roman times. By the end of the middle ages there were hundreds of schools, supporting a highly literate society. This book traces their history from the Romans to the Renaissance, showing how they developed, what they taught, how they were run, and who attended them.

Every kind of school is covered, from reading schools in churches and town grammar schools to schools in monasteries and nunneries, business schools, and theological schools. The author also shows how they fitted into a constantly changing world, ending with the impacts of the Renaissance and the Reformation.

Medieval schools anticipated nearly all the ideas, practices, and institutions of schooling today. Their remarkable successes in linguistic and literary work, organizational development, teaching large numbers of people shaped the societies that they served. Only by understanding what schools achieved can we fathom the nature of the middle ages.

Nicholas Orme is professor of history, University of Exeter. He has published extensively on medieval religious, cultural, literary, and social history, especially the history of education.