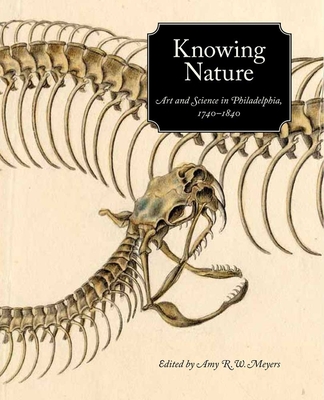 Philadelphia developed the most active scientific community in early America, fostering an influential group of naturalist-artists, including William Bartram, Charles Willson Peale, Alexander Wilson, and John James Audubon, whose work has been addressed by many monographic studies. However, as the groundbreaking essays in Knowing Nature demonstrate, the examination of nature stimulated not only forms of artistic production traditionally associated with scientific practice of the day, but processes of making not ordinarily linked to science. The often surprisingly intimate connections between and among these creative activities and the objects they engendered are explored through the essays in this book, challenging the hierarchy that is generally assumed to have been at play in the study of nature, from the natural sciences through the fine and decorative arts, and, ultimately, popular and material culture. Indeed, the many ways in which the means of knowing nature were reversed—in which artistic and artisanal culture informed scientific interpretations of the natural world—forms a central theme of this pioneering publication.

“Knowing Nature is quite the looker . . . [with] hundreds of drawings and paintings . . . [and] each chapter is a surprisingly lively essay.”—Patrick Rapa, City Paper (Philadelphia)
— Patrick Rapa