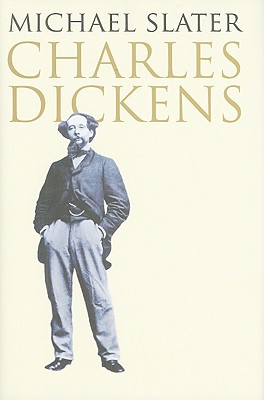 This long-awaited biography, twenty years after the last major account, uncovers Dickens the man through the profession in which he excelled. Drawing on a lifetime's study of this prodigiously brilliant figure, Michael Slater explores the personal and emotional life, the high-profile public activities, the relentless travel, the charitable works, the amateur theatricals and the astonishing productivity. But the core focus is Dickens career as a writer and professional author, covering not only his big novels but also his phenomenal output of other writing--letters, journalism, shorter fiction, plays, verses, essays, writings for children, travel books, speeches, and scripts for his public readings, and the relationships among them.

Slater's account, rooted in deep research but written with affection, clarity, and economy, illuminates the context of each of the great novels while locating the life of the author within the imagination that created them. It highlights Dickens boundless energy, his passion for order and fascination with disorder, his organizational genius, his deep concern for the poor and outrage at indifference towards them, his susceptibility towards young women, his love of Christmas and fairy tales, and his hatred of tyranny.

Richly and precisely illustrated with many rare images, this masterly work on the complete Dickens, man and writer, becomes the indispensable guide and companion to one of the greatest novelists in the language.

“No living person is a greater authority on the life and works of Charles Dickens than Michael Slater.”—Claire Tomalin
-Claire Tomalin

"… Indispensable … [Slater] assembles a million accumulated details, minutely examining the genesis of each work …. [This] is an incomparable portrait of the writing life of Dickens. Cumulatively, it is profoundly moving, chronicling the constant restless interaction between the life and work."
- Simon Callow, The Guardian

"The attention Mr. Slater gives to Dickens''s less familiar writings—the short stories, journalism, and essays—is one of the things that distinguish his excellent biography. . . . An authoritative and engaging biography." —The Economist

“[Dickens] remains in the forefront of our literary consciousness, as firmly fixed there as Chaucer and Shakespeare, his mentors in the creation of the unforgettable. . . . Slater’s imposing work has ''bicentennial'' written all over it. It is academic biography at its weightiest, exhaustive, and meticulous . . . [and] the rewards are considerable.”--Edwin M. Yoder, Weekly Standard

“Insofar as any biography of a writer can be said to be a permanent contribution, Slater’s is.”--Alexandra Mullen, New Criterion

"Magnificent....For anybody who wants to know more about this dynamo of Victorian letters, Michael Slater''s superb biography is the one to read." —Michael Dirda, Washington Post
-Michael Dirda

"Turning to the other major nineteenth-century novelist critical industry: Michael Slater''s Charles Dickens now takes its place as the definitive modern one-volume biography. It is an especially valuable book for scholars, since Slater focuses more intensively and consistently than any previous writer on Dickens''s literary career. Profiting from the competition of the Pilgrim Edition of the letters (2002), Slater attends to the entirety of that career, interweaving the serial production of the great novels with the author''s journalistic and theatrical enterprises. While the familiar landmark events of the life are all there, from the blacking warehouse to the Ellen Ternan affair, it is Slater''s detailed yet clarifying command of Dickens''s literary work that make his book uniquely compelling."—Ian Duncan, Studies in English Literature
-Ian Duncan

Michael Slater is Emeritus Professor of Victorian Literature at Birkbeck, past President of the International Dickens Fellowship, and former editor of its journal, The Dickensian. He served for many years as a Trustee of the Charles Dickens Museum, including several periods as Chairman. He lives in London.
Loading...
or
Not Currently Available for Direct Purchase