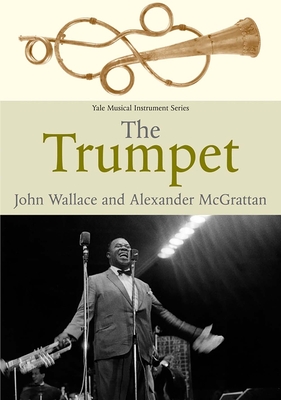 The story of the trumpet from prehistory to the present day, written by two of its outstanding performers and teachers

In the first major book devoted to the trumpet in more than two decades, John Wallace and Alexander McGrattan trace the surprising evolution and colorful performance history of one of the world's oldest instruments. They chart the introduction of the trumpet and its family into art music, and its rise to prominence as a solo instrument, from the Baroque "golden age," through the advent of valved brass instruments in the nineteenth century, and the trumpet's renaissance in the jazz age. The authors offer abundant insights into the trumpet's repertoire, with detailed analyses of works by Haydn, Handel, and Bach, and fresh material on the importance of jazz and influential jazz trumpeters for the reemergence of the trumpet as a solo instrument in classical music today.

Wallace and McGrattan draw on deep research, lifetimes of experience in performing and teaching the trumpet in its various forms, and numerous interviews to illuminate the trumpet's history, music, and players. Copiously illustrated with photographs, facsimiles, and music examples throughout, The Trumpet will enlighten and fascinate all performers and enthusiasts.