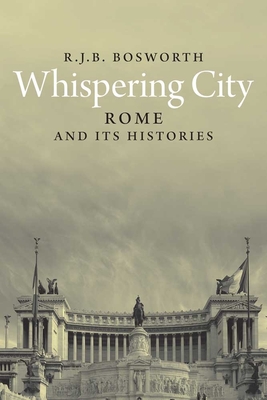 Rome and Its Histories

In Civilization and Its Discontents, Sigmund Freud claimed that Rome must be comprehended as "not a human dwelling place but a mental entity," in which the palaces of the Caesars still stand alongside modern apartment buildings in layers of brick, mortar, and memory. "The observer would need merely to shift the focus of his eyes, perhaps, or change his position, in order to call up a view of either the one or the other."

In this one-of-a-kind book, historian Richard Bosworth accepts Freud's challenge, drawing upon his expertise in Italian pasts to explore the many layers of history found within the Eternal City. Often beginning his analysis with sites and monuments that can still be found in contemporary Rome, Bosworth expands his scope to review how political groups of different eras—the Catholic Church, makers of the Italian nation, Fascists, and "ordinary" Romans (be they citizens, immigrants, or tourists)—read meaning into the city around them. Weaving in the city's quintessential figures (Garibaldi, Pius XII, Mussolini, and Berlusconi) and architectural icons (the Vatican, St. Peter's Basilica, the Victor Emmanuel Monument, and EUR) with those forgotten or unknown, Bosworth explores the many histories that whisper their rival and competing messages and seek to impose their truth upon the passing crowds. But as this delightful study will reveal, Rome, that magisterial palimpsest, has never accepted a single reading of its historic meaning.

Praise For Whispering City: Rome and Its Histories…

“The author's long love affair with Rome and its history makes him a well-suited guide to the city, and his observations . . . are astute.”—Publishers Weekly