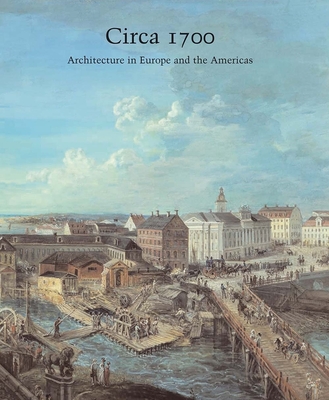 The years around 1700 were marked by transformations in European and colonial capital cities. This era saw the creation not only of palatial complexes and urban spaces appropriate to autocratic power, but also of essential infrastructure such as roads, ports, and fortifications. In addition, many of the civic structures and background buildings that form the familiar urban images of the eighteenth century date from this period. In all of this activity, architects and architectural ideas, formed mostly in Italy and influenced by the baroque architecture of Rome, especially the late works of Francesco Borromini and Gian Lorenzo Bernini, played a central role.
Twelve distinguished contributors provide a comprehensive look at the design, renewal, and expansion of capitals and countries including Naples, Rome, Vienna, Stockholm, Saint Petersburg, England, Amsterdam, Cádiz, Lisbon, Quebec City, and Lima. The result is a fascinating cross section that allows a comparative reading of baroque architecture: from country to country, from region to region, and from the Old World to the New.

Henry A. Millon is dean emeritus of the Center for Advanced Study in the Visual Arts at the National Gallery of Art. His previous books include Italian Renaissance Architecture: From Brunelleschi to Michelangelo and The Triumph of the Baroque: Architecture in Europe 1600–1750.