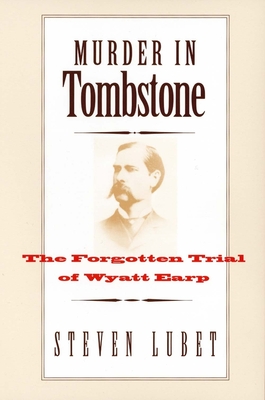 The gunfight at the OK Corral is legendary—but what happened once the shooting ended?

The gunfight at the OK Corral occupies a unique place in American history. Although the event itself lasted less than a minute, it became the basis for countless stories about the Wild West. At the time of the gunfight, however, Wyatt Earp was not universally acclaimed as a hero. Among the people who knew him best in Tombstone, Arizona, many considered him a renegade and murderer.

This book tells the nearly unknown story of the prosecution of Wyatt Earp, his brothers, and Doc Holiday following the famous gunfight. To the prosecutors, the Earps and Holiday were wanton killers. According to the defense, the Earps were steadfast heroes—willing to risk their lives on the mean streets of Tombstone for the sake of order.

The case against the Earps, with its dueling narratives of brutality and justification, played out themes of betrayal, revenge, and even adultery. Attorney Thomas Fitch, one of the era’s finest advocates, ultimately managed—against considerable odds—to save Earp from the gallows. But the case could easily have ended in a conviction, and Wyatt Earp would have been hanged or imprisoned, not celebrated as an American icon.

Steven Lubet is professor of law at Northwestern University, where he is the director of the Program on Advocacy and Professionalism. He is the author of numerous books on legal strategy and trial advocacy.