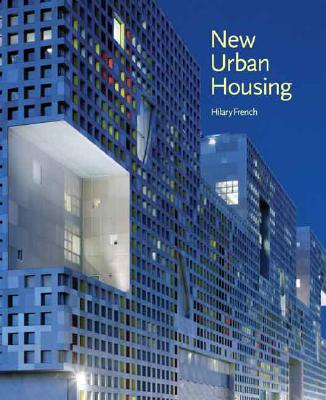 A timely investigation of the most innovative recent urban housing constructions

The design of high-density housing is inextricably linked to the growth of towns and cities: as urban centers have increased in both geographical size and density, housing has had to be provided to accommodate the numbers and needs of the population. Whether highly visible or merged with the existing cityscape, a vast proportion of the fabric of any city is made up of residential space. New Urban Housing looks at a selection of some of the most inventive contemporary projects built in countries around the world.

Author Hilary French provides a comprehensive introduction to this building type, from its industrial beginnings in London and Paris to New York City’s Lower East Side and the 20th-century designs of Le Corbusier, Antonio Sant’Elia, and Mies van der Rohe. Lavishly illustrated, the book examines different formal typologies of urban housing: terrace and row houses, quadrangles and courtyards, city blocks and infill (or renovated and reused sites), and towers and slab blocks. Thirty-six case studies from fourteen countries are presented by architects including Steven Holl, Richard Meier, KoningEizenbergArchitecture, Eduardo Souto de Moura, and Renzo Piano. Each is illustrated in full color and is accompanied by detailed plans and sections that discuss the needs of the site and place the project in its surrounding context.

Hilary French is head of the School of Architecture and Design at the Royal College of Art, London. Her books include Architecture: A Crash Course and Accommodating Change: Innovation in Housing.
Loading...
or
Not Currently Available for Direct Purchase