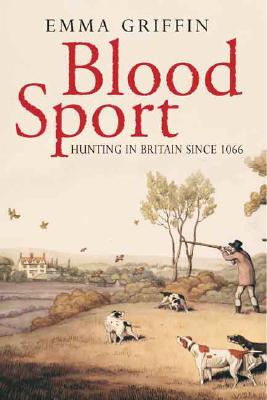 Hunting in Britain Since 1066

Nearly a decade of fiercely divisive debate over foxhunting in Britain culminated with passage of the Hunting with Dogs Act of 2004. But the battle over the future of hunting is not yet resolved, and polarizing right-or-wrong debates continue undiminished. This lively book recounts the long and colorful history of hunting in Britain and offers a fresh perspective on today's conflicts.Since William the Conqueror declared wild animals royal property and thereby provoked a burning hatred among his subjects, hunting of all kinds has been a source of social conflict in Britain. The sport is deeply entwined with questions of land and power, class divisions, and social mores. "Blood Sport" explores these large themes, brings them alive with surprising details and vignettes, and considers how hunting traditions have affected British national identity. Bringing the discussion fully up to date, the book concludes with a thought-provoking critique of current hunting controversies.

Emma Griffin is lecturer in history, University of East Anglia. She lives in Nottingham, UK.

Praise For Blood Sport: Hunting in Britain Since 1066…

"A strikingly rich and subtle social history of hunting. Griffin not only elucidates hidden parts of Britain''s past through her engaging and scholarly account, but she also provides a much-needed cultural and political context for today''s blood sports debate. This is a book for hunt supporters and saboteurs alike, along with all those interested in the history of the British landscape, monarchy, class relations, and national identity. For as Griffin deftly shows, these have all been vitally shaped by the practice of hunting and the endlessly divisive passion it stirs."—Tristram Hunt, journalist, presenter and author of The English Civil War: At First Hand and Building Jerusalem: The Rise and Fall of the Victorian City

"A highly readable and scholarly account of hunting, showing its immovable place in the history, politics and identity of our country."—Roger Scruton, philosopher, author of England: An Elegy, Animal Rights & Wrongs, On Hunting, and The Meaning of Conservatism

"Emma Griffin''s incisively argued and highly entertaining study fills a major gap in the social history of this country."—Professor Tim Blanning, author of The Pursuit of Glory: Europe 1648-1815

"Griffin has written a very useful and readable survey of the history of hunting since medieval times. . . . The main theme of the book is the development . . . of ethical opposition to hunting and other blood sports."—R.B. Manning, The English Historical Review