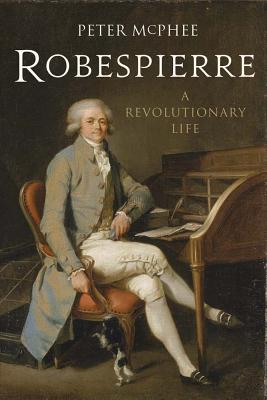 For some historians and biographers, Maximilien Robespierre (1758 94) was a great revolutionary martyr who succeeded in leading the French Republic to safety in the face of overwhelming military odds. For many others, he was the first modern dictator, a fanatic who instigated the murderous Reign of Terror in 1793 94. This masterful biography combines new research into Robespierre's dramatic life with a deep understanding of society and the politics of the French Revolution to arrive at a fresh understanding of the man, his passions, and his tragic shortcomings.

Peter McPhee gives special attention to Robespierre's formative years and the development of an iron will in a frail boy conceived outside wedlock and on the margins of polite provincial society. Exploring how these experiences formed the young lawyer who arrived in Versailles in 1789, the author discovers not the cold, obsessive Robespierre of legend, but a man of passion with close but platonic friendships with women. Soon immersed in revolutionary conflict, he suffered increasingly lengthy periods of nervous collapse correlating with moments of political crisis, yet Robespierre was tragically unable to step away from the crushing burdens of leadership. Did his ruthless, uncompromising exercise of power reflect a descent into madness in his final year of life? McPhee reevaluates the ideology and reality of "the Terror," what Robespierre intended, and whether it represented an abandonment or a reversal of his early liberalism and sense of justice.

“A thorough and well-written account of Robespierre’s life…a solid contribution to the scholarship of this key figure of the French revolution.”—Kirkus Reviews

Peter McPhee is a professorial fellow at the University of Melbourne. He lives in Abbottsford, Australia.
Loading...
or
Not Currently Available for Direct Purchase