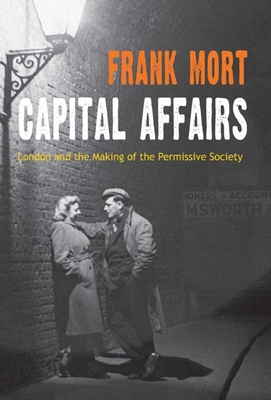 London and the Making of the Permissive Society

These dramas of pleasure and danger occurred not only in the glamorous and shady entertainment spaces of the West End but also in Whitehall, as well as the twilight zones of the inner city. Frank Mort uncovers the ways in which they transformed national culture. Soho and Notting Hill became beacons for anxieties over the changing character of sex in the city and the cultural impact of decolonization. The “old” European migrants and the “new” Caribbean presence were significant factors in the readjustment of urban sexual mores. Mort’s arresting history of sex and politics in London illustrates a key moment in the making of modern British society.


Praise For Capital Affairs: London and the Making of the Permissive Society…

Frank Mort is Professor of Cultural Histories, University of Manchester. His books include Cultures of Consumption: Masculinities and Social Space in Late Twentieth-Century Britain.
Loading...
or
Not Currently Available for Direct Purchase