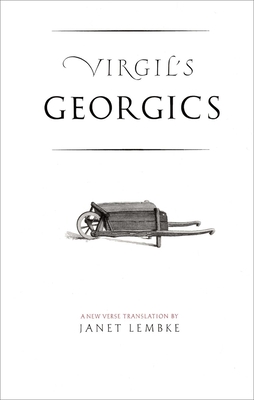 A masterful new verse translation of one of the greatest nature poems ever written.

Virgil’s Georgics is a paean to the earth and all that grows and grazes there. It is an ancient work, yet one that speaks to our times as powerfully as it did to the poet’s. This unmatched translation presents the poem in an American idiom that is elegant and sensitive to the meaning and rhythm of the original. Janet Lembke brings a faithful version of Virgil’s celebratory poem to modern readers who are interested in classic literature and who relish reading about animals and gardens.

The word georgics meansfarming. Virgil was born to a farming family, and his poem gives specific instructions to Italian farmers along with a passionate message to care for the land and for the crops and animals that it sustains. The Georgics is also a heartfelt cry for returning farmers and their families to land they had lost through a series of dispiriting political events. It is often considered the most technically accomplished and beautiful of all of Virgil’s work.

Janet Lembke writes about the natural world and is a distinguished translator of the classics in both Latin and Greek. Her translations include Euripides’ Electra and Hecuba and Aeschylus’s Persians. Among her nonfiction books are Skinny Dipping: And Other Immersions in Water, Myth and Being Human and Dangerous Birds: A Naturalist’s Aviary.
Loading...
or
Not Currently Available for Direct Purchase