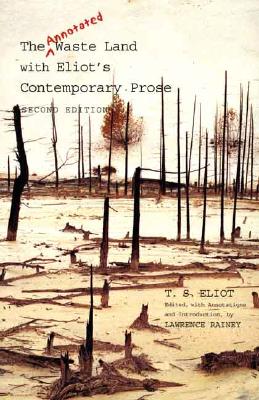 One of the twentieth century’s most powerful—and controversial—works, The Waste Land waspublished in the desolate wake of the First World War. This definitive edition of T. S. Eliot’s masterpiece presents a new and authoritative version of the poem, along with all the essays Eliot wrote as he was composing The Waste Land,seven of them never before published in book form. The volume is enriched with period photographs and a London map of locations mentioned in the poem.
Featured in the book are Lawrence Rainey’s groundbreaking account of how The Waste Land cameto be composed; a history of the reactions of admirers and critics; and full annotations to the poem and Eliot’s essays. The edition transforms our understanding of one of the greatest modernist writers and the magnificent poem that became a landmark in literary history.

Lawrence Rainey is professor and chair in modernist literature, Department of English, University of York. He is the author of Institutions of Modernism: Literary Elites and Public Culture, published by Yale University Press.
Loading...
or
Not Currently Available for Direct Purchase