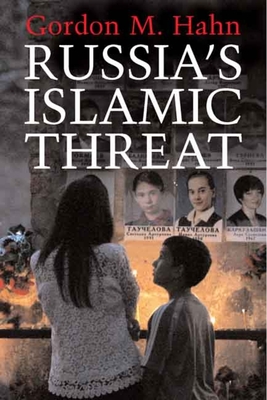 The notion that the Chechen-led jihad in the North Caucasus is an indigenous affair, far removed from the global Islamist jihad, is perhaps comforting to Americans and other Westerners, but it is a myth. Moreover, the North Caucasus jihad may be the harbinger of a much larger Muslim challenge to Russia’s political stability and state integrity. So concludes Gordon M. Hahn in this meticulously researched analysis of Russia’s emerging Islamic threat. Hahn draws an explicit picture of an already sophisticated and effective Chechen jihadist network that is expanding the territorial scope of its operations with inspiration and some assistance from the global jihadist movement. Given its proximity to large stockpiles of diverse weapons, the expanding population of Russian-based Islamist terrorists is particular cause for alarm, the author warns. The book lifts the veil on the Muslim challenge to Russia’s political stability, national security, and state integrity as well as the potentially grave threat to international and U.S. security. Hahn shows that many of the demographic, historical, socioeconomic, political, and religious factors sparking jihadi revolution in Muslim countries are extant in Russia and are driving revolutionary Islamist terrorism there. In a penetrating conclusion to the book, the author analyzes the policies that have fueled the rise of militant Islam and offers a series of important recommendations for policymakers.

"Russia's Islamic Threat" is not only a valuable addition to Russian studies, but also a landmanrk contribution to the broader literature on international terrorism and security studies from which all students of politics can and should benefit."--Dilshod Achilov, The Journal of the Politics of Religion
— Dilshod Achilov

"'Russia's Islamic Threat' is not only a valuable addition to Russian studies, but also a landmark contribution to the broader literature on international terrorism and security studies from which all students of politics can and should benefit from."

Gordon M. Hahn is senior researcher, Center for Terrorism and Intelligence Studies, Akribis Group, San Jose. He is the author of Russia’s Revolution from Above, 1985-2000 and numerous articles on topics relating to Russia and the former Soviet Union. He lives in Mountain View, CA.
Loading...
or
Not Currently Available for Direct Purchase