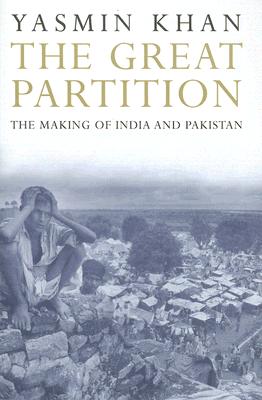 The Making of India and Pakistan

The Partition of India in 1947 promised its people both political and religious freedomthrough the liberation of India from British rule, and the creation of theMuslim state of Pakistan. Instead, the geographical divide brought displacement and death, and it benefited the few at the expense of the very many. Thousands of women were raped, at least one million people were killed, and ten to fifteen million were forced to leave their homes as refugees. One of the first events of decolonization in the twentieth century, Partition was also one of the most bloody.In this book Yasmin Khan examines the context, execution, and aftermath of Partition, weaving together local politics and ordinary lives with the larger political forces at play. She exposes the widespread obliviousness to what Partition would entail in practice and how it would affect the populace.Drawing together fresh information from an array of sources, Khan underscores the catastrophic human cost and shows why the repercussions of Partition resound even now, some sixty years later. The book is an intelligent and timely analysis of Partition, the haste and recklessness with which it was completed, and the damaging legacy left in its wake.