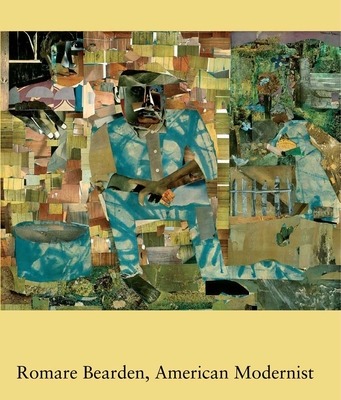 Romare Bearden (1911-1988) was a modernist artist renowned for his experimental and socially conscious works. Bearden is best known for his paintings and collages but also made significant contributions to the fields of printmaking, theatrical design, film, and other visual formats. While acknowledging the artist's place in African-American art history, where he has received his primary recognition, the fourteen essays collected in this volume seek to establish Bearden's role within the broader framework of American modernism in political, social, philosophical, and aesthetic contexts.

These essays, written by distinguished scholars, track Bearden's cultural concerns and artistic evolution, from his early political cartoons to his important relationships with preeminent practitioners in the fields of literature, music, theater, and dance. His universal themes are viewed through multiple lenses, distinguishing him as a major figure of culturally and socially engaged modernism in the 20th century.

Ruth Fine is curator of special projects in modern art, National Gallery of Art, Washington. Jacqueline Francis is senior lecturer at the California College of the Arts in San Francisco and is a specialist in U.S. modern and contemporary art.
Loading...
or
Not Currently Available for Direct Purchase