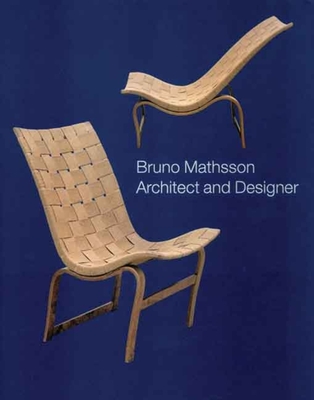 A complete survey of the life and work of master designer Bruno Mathsson, whose archetypal Modernist chair is admired worldwide

The sensuously undulant lines of Bruno Mathsson's furniture designs made him one of the leading figures of Swedish modernism in the 1930s. Chairs that adapted to their occupant with graceful natural curves became his trademark and have been in continuous production for more than fifty years. In his less familiar architectural work, Mathsson (1907-1988) applied the same principles of innovative comfortable living. Throughout his work the connections between design and ergonomics, aesthetics and innovative materials, energy saving and environmental concerns resonate for designers today. This book surveys Mathsson's output as an architect and designer as well as his relationships with American architects and designers including Frank Lloyd-Wright, Charles and Ray Eames, and Hans Knoll. Extensive illustrations include unpublished photographs of his Mathsson’s work in situ.

Dag Widman was formerly chief curator of applied arts at the Nationalmuseum, Stockholm. Karin Winter is curator at the Swedish Museum of Architecture. Nina Stritzler-Levine is director of exhibitions at the Bard Graduate Center, New York.
Loading...
or
Not Currently Available for Direct Purchase