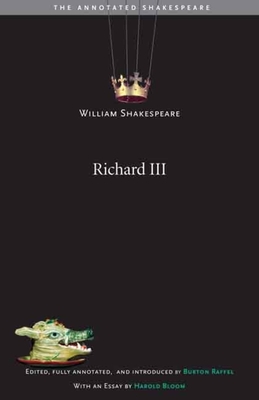 Treacherous, power-hungry, untempered by moral restraint, and embittered by physical deformity, Richard, the younger brother of King Edward IV, is ablaze with ambition to take England’s throne. Richard III, Shakespeare’s long chronicle of Richard’s machinations to be king, is a tale of murder upon murder. He gains the throne, but only briefly. In a terrible dream, the ghosts of his victims visit the now-despised monarch to foretell his demise. Richard's death in battle the next day concludes his reign of evil, ushering in at last a new and hopeful era of peace for England.