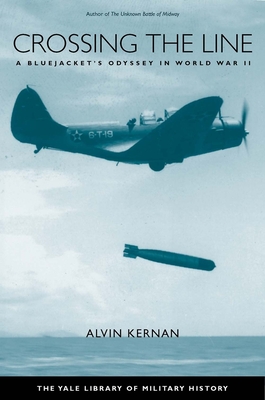 In this memoir of life aboard aircraft carriers during World War II, Alvin Kernan combines vivid recollections of his experience as a young enlisted sailor with a rich historical account of the Pacific war.

“One of the most arresting naval autobiographies yet published.”—Sir John Keegan

“An honest story of collective courage, evocative, well-written, and fixed before the colors fade.”—Kirkus Reviews

“[Kernan] recounts a wonderful and exciting American story about a poor farm boy from Wyoming who enlisted in the Navy. . . .[He] has written eight other books. I will go back and read them all.”—John Lehman, Air & Space

“Details . . . make the moment vivid; that is what it was like, on the Hornet in its last hours.”—Samuel Hynes, New York Times Book Review

Alvin Kernan (1923–2018) was Avalon University Professor of Humanities, Emeritus, Princeton University. He served in the U.S. Navy, 1941–45. His previous books about World War II include The Unknown Battle of Midway, published by Yale University Press, and the novels Love and Glory and Proceed Without "Hornet".
Loading...
or
Not Currently Available for Direct Purchase