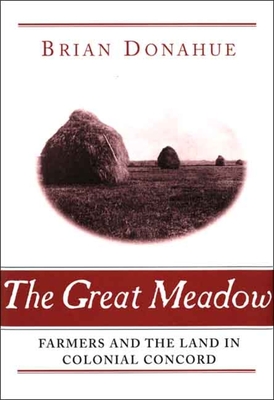 An unprecedented look at how colonial farmers adapted to the challenges of New England’s climate and soil and achieved a sustainable agricultural system
The farmers of colonial New England have been widely accused of farming extensively, neglecting manure, wearing out their land, and moving on. But did they? And if so, when and why? Brian Donahue offers an innovative, accessible, and authoritative history of the early farming practices of Concord, Massachusetts, and challenges the long-standing notion that colonial husbandry degraded the land. In fact, he argues, the Concord community of farmers achieved a remarkably successful and sustainable system of local production. Donahue describes in precise detail—using among other tools an innovative historical geographical information system (GIS) method—how land was settled and how mixed husbandry was developed in Concord. By reconstructing several farm neighborhoods and following them through many generations, he reveals the care with which farmers managed the land, soil, and water. He concludes that ecological degradation came to Concord only later, when nineteenth-century economic and social forces undercut the environmental balance that earlier colonial farmers had nurtured.