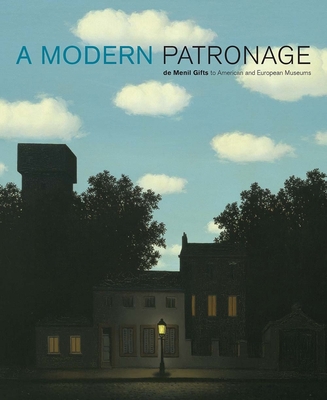 In the early 1940s, John and Dominique de Menil began to acquire art. Collecting in an intuitive and personal manner, the de Menils gathered “things in which we believe,” as John phrased it, and proceeded to develop an inspired collection that would eventually find a permanent home at The Menil Collection in Houston. In addition to building their own collection, the de Menils were committed to extending their vision to major museums in America and Europe. This beautifully illustrated book showcases some fifty works that the de Menils collected over the decades, including pieces by such major 20th-century artists as Lee Bontecou, Christo and Jeanne-Claude, René Magritte, Jackson Pollock, Jean Tinguely, and Andy Warhol as well as an important group of African, Oceanic, and pre-Columbian works. Published on the 20th anniversary of the founding of The Menil Collection, the book reproduces and examines works held in that museum and gifts in the Centre Georges Pompidou in Paris; the Museum of Modern Art in New York; and the Museum of Fine Arts in Houston. To complete the volume, the contributing authors examine the circumstances that inspired the de Menils’ collection and generosity, the relationships they developed with legendary museum directors, and the gifts that were selected for each museum.