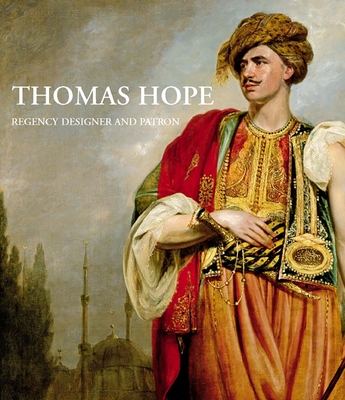 The son of the wealthiest merchant bankers in Europe, Thomas Hope (1769-1831) was a major catalyst in the arts of Regency England. At the age of 18, he embarked on a Grand Tour to the Continent and started to assemble the remarkable art collection that he later installed in his Duchess Street house in central London. Hope’s remodeling and interior decoration of that house fostered what became known as the Regency.

This book is the most comprehensive study to date of Thomas Hope, focusing on his multifaceted role as designer and patron. The contributors examine his wide-ranging contribution to the arts as well as his extensive writings. Richly illustrated with new photographs, the volume presents a vast array of paintings, furniture, sculpture, and works of art, many of which have never been published before.

David Watkin is professor of the history of architecture at the University of Cambridge. He is the author of a previous book on Thomas Hope and of others on James “Athenian” Stuart, Sir John Soane, and King George III, as well as several architectural survey volumes. Philip Hewat-Jaboor is an independent scholar, collector, and curator. Together with David Watkin and Daniella Ben Arie he is curator of the Thomas Hope exhibition.