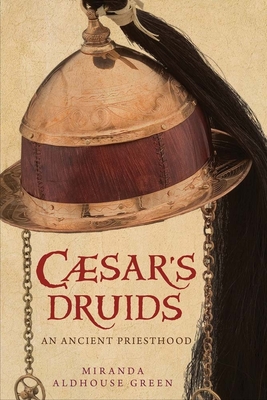 Ancient chroniclers, including Julius Caesar himself, made the Druids and their sacred rituals infamous throughout the Western world. But in fact, as Miranda Aldhouse-Green shows in this fascinating book, the Druids’ day-to-day lives were far less lurid and much more significant. Exploring the various roles that Druids played in British and Gallic society during the first centuries B.C. and A.D.—not just as priests but as judges, healers, scientists, and power brokers—Aldhouse-Green argues that they were a highly complex, intellectual, and sophisticated group whose influence transcended religion and reached into the realms of secular power and politics. With deep analysis, fresh interpretations, and critical discussions, she gives the Druids a voice that resonates in our own time.

Miranda Aldhouse-Green is professor of archaeology, Cardiff University. A world expert on Druids, her publications include Exploring the World of the Druids, Dying for the Gods, The Celtic World, and Boudica Britannia.
Loading...
or
Not Currently Available for Direct Purchase