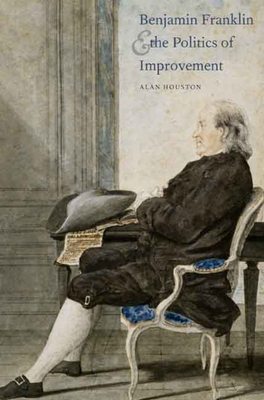 Drawing on meticulous archival research, Houston examines such tantalizing themes as trade and commerce, voluntary associations and civic militias, population growth and immigration policy, political union and electoral institutions, freedom and slavery. In each case, he shows how Franklin urged the improvement of self and society.

Engagingly written and richly illustrated, this book provides a compelling portrait of Franklin, a fresh perspective on American identity, and a vital account of what it means to be practical.

"Houston's placement of Franklin in the milieu of the social and political theorists with whom he circulated is unmatched."—Carla Mulford, Pennsylvania State University

“An important, well-written, and consistently interesting interpretation of Franklin.”—J. A. Leo Lemay, University of Delaware

“I can think of no work that comes close to giving such a rich account of this polymath, and none that opens such politically provocative vantage points from Franklin’s work onto eighteenth-century America, commercial society, the history of demography, and more.”—Don Herzog, University of Michigan

"In this wonderfully creative study, Alan Houston recaptures the extraordinary complexity of Franklin's thought. The book not only is a pleasure to read, but also provides a compelling new methodology for analyzing political ideas in a commercial society."—T.H. Breen, author of The Marketplace of Revolution: How Consumer Politics Shaped American Independence

“A dazzlingly written and deliciously detailed portrait of Franklin’s unique place in the politics and culture of the eighteenth-century Atlantic world.”—Stephen Holmes, New York University School of Law
— Stephen Holmes

Alan Houston is professor of political science at the University of California, San Diego. He lives in San Diego.