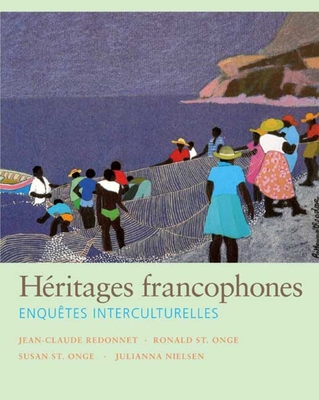 An innovative program of cultural readings designed for college French classes at the upper-intermediate level and beyond, Héritages francophones is an introduction to several living Francophone cultures in the United States. The communities that are introduced include the descendants of the Acadians in the St. John Valley of Maine; the Haitian community of Miami; and immigrant peoples from Africa, Asia, and Europe. The focus then widens to the countries or areas of origin of these various groups. This emphasis on the diversity of interrelated Francophone issues shows students that French is indeed an international language, with relevance to their own world.

Héritages francophones was granted the official patronage of the Académie française in 2007.

"The study of Francophone culture in American universities will be enhanced and enriched by this welcome contribution."—David A. Fein, French Review
— David A. Fein,

Jean-Claude Redonnet is professor emeritus and director of research of postcolonial studies at the Université de Paris–Sorbonne, and served as the director of the Middlebury College French School from 1998 to 2003.

Ronald St. Onge is professor of French and chair of the Department of Modern Languages and Literatures at the College of William and Mary.

Susan St. Onge is distinguished professor of French and former chair of the Department of Modern and Classical Languages at Christopher Newport University.

Julianna Nielsen is the managing editor of Sloane Intercultural.