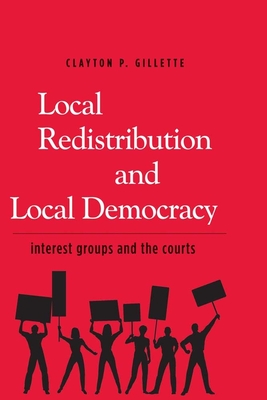 Interest Groups and the Courts

The traditional theory of urban finance argues against local redistribution of wealth on the assumption that such action is likely to chase away the relatively wealthy, leaving only the impoverished behind. Nevertheless, Clayton P. Gillette observes, local governments engage in substantial redistribution, both to the wealthy and to the poor.

In this thoughtful book, Gillette examines whether recent campaigns to enact "living wage" ordinances and other local redistributive programs represent gaps in the traditional theory or political opportunism. He then investigates the role of the courts in distinguishing between these explanations. The author argues that courts have greater capacity to review local programs than is typically assumed. He concludes that when a single interest group dominates the political process, judicial intervention to determine a program's legal validity may be appropriate. But if the political contest involves competing groups, courts should defer to local political judgments.