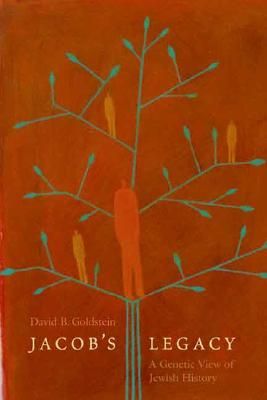 A Genetic View of Jewish History

Who are the Jews? Where did they come from? What is the connection between an ancient Jewish priest in Jerusalem and today's Israeli sunbather on the beaches of Tel Aviv? These questions stand at the heart of this engaging book. Geneticist David Goldstein analyzes modern DNA studies of Jewish populations and examines the intersections of these scientific findings with the history (both biblical and modern) and oral tradition of the Jews. With a special gift for translating complex scientific concepts into language understandable to all, Goldstein delivers an accessible, personal, and fascinating book that tells the history of a group of people through the lens of genetics.In a series of detective-style stories, Goldstein explores the priestly lineage of Jewish males as manifested by Y chromosomes; the Jewish lineage claims of the Lemba, an obscure black South African tribe; the differences in maternal and paternal genetic heritage among Jewish populations; and much more. The author also grapples with the medical and ethical implications of our rapidly growing command of the human genomic landscape. The study of genetics has not only changed the study of Jewish history, Goldstein shows, it has altered notions of Jewish identity and even our understanding of what makes a people a people.

Praise For Jacob's Legacy: A Genetic View of Jewish History…

"Even readers unfamiliar with science will have no difficulty understanding this excellent book. David Goldstein clearly explains how modern genetics integrates with multiple aspects of Jewish history and demography."—Kenneth Kidd, Yale University

"Goldstein is one of a handful of people qualified to write a book such as this, and he succeeds very well in providing accounts both of scientific studies and of Jewish historical background."—Stephen Schaffner, Program in Medical and Population Genetics, The Broad Institute

“To complement the rich heritage of ancient Jewish text, Dr. Goldstein brings a new kind of ancient record—the history contained in our DNA. From the patterns of DNA variation among populations, he gleans insight into the social history of the Jewish people. Dr. Goldstein is a superb scientist and a captivating storyteller. Jacob’s Legacy is a gem.”—Eric Lander, Director of the Broad Institute of MIT and Harvard, and one of the principal leaders of the Human Genome Project
-Eric Lander

"With a special gift for translating complex scientific concepts into language understandable to all, Goldstein delivers an accessible, personal, and fascinating book that tells the history of a group of people through the lens of genetics."—Duke Today

"[An] important and illuminating book—written with keen intelligence and deep love of its subject. . . . [A] short but masterful book."—Jerome Groopman, New Republic
-Jerome Groopman

"To paraphrase the old ad for rye bread, you don''t have to be Jewish to love this book. It is a specific—and gripping—example of how the lens of genetics will eventually inform our understanding of all peoples."—Michelle Press, Scientific American
-Michelle Press

David B. Goldstein is professor of molecular genetics and director of the Institute for Genome Science and Policy s Center for Population Genomics and Pharmacogenetics, Duke University. He lives in Durham, NC."
Loading...
or
Not Currently Available for Direct Purchase