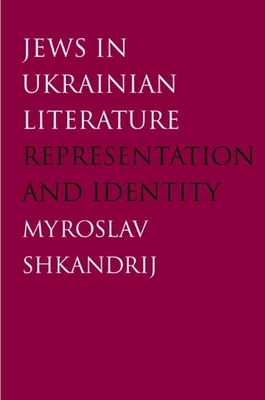 This pioneering study is the first to show how Jews have been seen through modern Ukrainian literature. Myroslav Shkandrij uses evidence found within that literature to challenge the established view that the Ukrainian and Jewish communities were antagonistic toward one another and interacted only when compelled to do so by economic necessity.

Jews in Ukrainian Literature synthesizes recent research in the West and in the Ukraine, where access to Soviet-era literature has become possible only in the recent, post-independence period. Many of the works discussed are either little-known or unknown in the West. By demonstrating how Ukrainians have imagined their historical encounters with Jews in different ways over the decades, this account also shows how the Jewish presence has contributed to the acceptance of cultural diversity within contemporary Ukraine.


Praise For Jews in Ukrainian Literature: Representation and Identity…

“This important literary history is encyclopedic in scope and novel in its approach. Shkandrij questions platitudes about Ukrainian-Jewish animosity as he narrates two hundred years of changes in Ukraine’s national and cultural identity.”–Amelia Glaser, University of California San Diego

“Shkandrij presents us with a poignant reminder of the intimate relationship that has existed between Jews and Ukrainians over the course of the last two centuries. With sophisticated analyses, historical context, and an even-handed approach, he demonstrates the degree to which Jews were imagined by the Ukrainian intelligentsia as part of the Ukrainian landscape.”–Jeffrey Veidlinger, Indiana University

Myroslav Shkandrij is professor of Slavic studies at the University of Manitoba. He lives in Winnipeg MB, Canada.