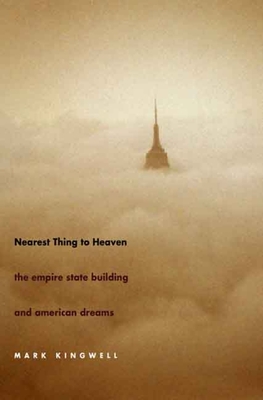 The Empire State Building and American Dreams (Icons of America)

A new perspective on a beloved cultural icon, its place in our history, and its meaning in the American imagination

This elegantly written appreciation of the Empire State Building opens up the building’s richness and importance as an icon of America. The book leads us through the facts surrounding the skyscraper’s conception and construction, then enters into a provocative theoretical discussion of its function as an icon, its representation in pictures, literature, and film, and the implications of its iconic status as New York’s most important architectural monument to ambition and optimism. The Empire State Building literally cannot be seen in its totality, from any perspective. And paradoxically, this building of unmistakable solidity has been made invisible by familiarity and reproduction through imagery. Mark Kingwell encourages us to look beneath the strong physical presence of the building, to become aware of its evolving layers of meaning, and to see how the building lives within a unique imaginative space in the landscape of the American consciousness. He offers new ways of understanding the Empire State Building in all its complexity and surprising insights into its special role as an American icon.

Mark Kingwell is professor of philosophy, University of Toronto, a contributing editor of Harper’s Magazine, and the author of eight books.
Loading...
or support indie stores by buying on