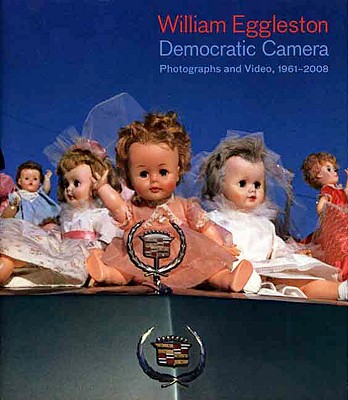 Elvis's Graceland, a freezer stuffed with food, a Gulf gasoline sign standing in a deserted rural landscapethese are only a few of the iconic images captured by the democratic camera of photographer William Eggleston. Not only has he drawn upon images so telling of American culture, he has produced them with an intensity and balance of color that have helped elevate the entire field of color photography to a fine art, especially since his 1976 exhibition at the Museum of Modern Art.Drawing together Eggleston's famous and lesser-known works, this lavishly illustrated catalogue is the first to examine both his photography and videos. Of particular relevance are his black-and-white images from the late 1950s and 1960s, which helped shape his color photography, as well as the relationship between his provocative video recordings of 1970s Memphis nightlife and his later work. Included are reproductions of newly restored prints, executed specifically for the exhibition. Filled with new and challenging contributions to scholarship and accompanying the first major U.S. survey of his work, this catalogue will prove the standard reference for Eggleston's photographs for years to come.

"Some of the images—an oven interior, shower stall, ceiling with electrical cords and light bulb—are classics. But this catalog . . . goes back to Eggleston''s black-and-white work and extends to videos, becoming the most comprehensive volume on a master it''s impossible to overrate."—Alan G. Artner, Chicago Tribune
-Alan G. Artner