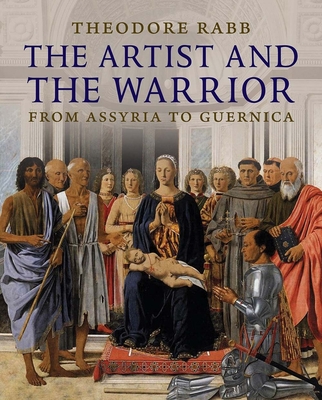 The Artist and the Warrior

Military History through the Eyes of the Masters

An illustrated exploration of artists' depictions of war and warriors, from antiquity to modern times

How have artists across the millennia responded to warfare? In this uniquely wide-ranging book, Theodore Rabb blends military history and the history of art to search for the answers. He draws our attention to masterpieces from the ancient world to the twentieth century—paintings, sculpture, ceramics, textiles, engravings, architecture, and photographs—and documents the evolving nature of warfare as artists have perceived it.

The selected works represent landmarks in the history of art and are drawn mainly from the western tradition, though important examples from Japan, India, and the Middle East are also brought into the discussion. Together these works tell a story of long centuries during which warfare inspired admiration and celebration. Yet a shift toward criticism and condemnation emerged in the Renaissance, and by the end of the nineteenth century, glorification of the warrior by leading artists had ceased. Rabb traces this progression, from such works as the Column of Trajan and the Titian "Battle of Lepanto", whose makers celebrated glorious victories, to the antiwar depictions created by Brueghel, Goya, Picasso, and others. Richly illustrated and accessibly written, this book presents a study of unprecedented sweep and multidisciplinary interest.

Theodore Rabb is emeritus professor of history, Princeton University. A historian of early modern Europe, he has published many books during his career and has contributed major reviews in history and art to the Times Literary Supplement, the New York Times, and numerous other journals. He lives in Princeton, NJ.
Loading...
or
Not Currently Available for Direct Purchase