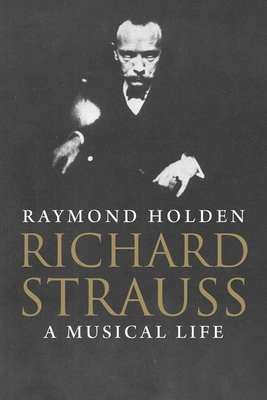 Renowned today as the gifted composer of a string of masterworks, Richard Strauss (1864-1949) is less often remembered for his achievement as a major conductor. Yet he held important conducting posts in Munich, Berlin, and Vienna and influenced generations of younger conductors. This important book is the first to consider Strauss's career as a conductor and place it in relation to his life as a composer.

With unique access to extensive materials in the Strauss family's private archives, Raymond Holden corrects misconceptions about Strauss and discusses the musician's understanding of composing and conducting as intertwined processes. Holden throws new light on Strauss's relationships, on his disputed role during the Third Reich, and particularly on his performance practices and principles.

Raymond Holden is associate head of research, Royal Academy of Music, London, and a leading authority on Richard Strauss. He is author of The Virtuoso Conductors: The Central European Tradition from Wagner to Karajan, published by Yale University Press. He lives in London.

"[Holden] has clearly, and with Teutonic thoroughness, read everything even halfway relevant . . . balm to the soul."—R.J. Stove, American Conservative
— R.J. Stove

“This book should appeal to a broad readership. Holden writes in a style that will be accessible to non-specialists . . . while serious students of Strauss will find a previously neglected side of this musician illuminated to a remarkable degree.” —Scott Warfield, Notes
— Scott Warfield
or
Not Currently Available for Direct Purchase
Copyright © 2020 American Booksellers Association