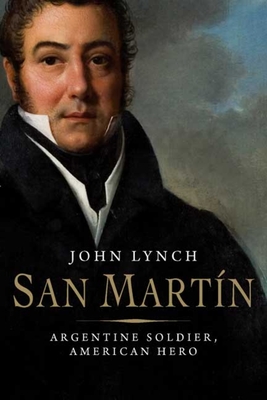 A vivid exploration of the life and times of José de San Martín, legendary liberator of Chile and Peru

José de San Martín (1778–1850) was an enigmatic figure—a revolutionary and a conservative, a professional soldier and an intellectual, a taciturn man who nevertheless was able to inspire the peoples of South America to follow his armies and accept his battle strategies. One of the great leaders in the wars for independence, he was a pivotal force in the liberation of Chile and Peru from Spanish rule.

In the first full English-language biography of San Martín in more than half a century, John Lynch shines new light on San Martín and on the story of Spanish America’s revolutionary wars. Lynch offers a series of dramatic set pieces: the Peninsular War, in which San Martín fought the French and learned his military skills; the crossing of the Andes, when his army battled the forces of nature as well as enemy fire; the confrontation with imperial Spain in Peru; and the standoff with Bolívar which led to San Martín’s resignation and exile in Europe. Based on the latest documentation, San Martín enhances our understanding of the modern history of Latin America and one of its most brilliant leaders.

John Lynch is Emeritus Professor of Latin American History, University of London, and former director of the Institute of Latin American Studies. His biography of Simon Bolivar (Yale 2006) gained extraordinary coverage on both sides of the Atlantic, earning warm praise for its sane historical judgment, clarity and limpid exposition.