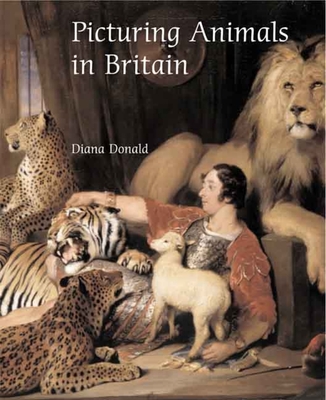 From fine art paintings by such artists as Stubbs and Landseer to zoological illustrations and popular prints, a vast array of animal images was created in Britain during the century from 1750 to 1850. This highly original book investigates the rich meanings of these visual representations as well as the ways in which animals were actually used and abused. What Diana Donald discovers in this fascinating study is a deep and unresolved ambivalence that lies at the heart of human attitudes toward animals.

The author brings to light dichotomies in human thinking about animals throughout this key period: awestruck with the beauty and spirit of wild animals, people nevertheless desired to capture and tame them; the belief that other species are inferior was firmly held, yet at the same time animals in stories and fables were given human attributes; though laws against animal cruelty were introduced, the overworking of horses and the allure of sport hunting persisted. Animals are central in cultural history, Donald concludes, and compelling questions about them—then and now—remain unanswered.

Diana Donald was formerly head of the Department of History of Art and Design at Manchester Metropolitan University. She is author of the prize-winning book, The Age of Caricature: Satirical Prints in the Age of George III, published by Yale University Press.