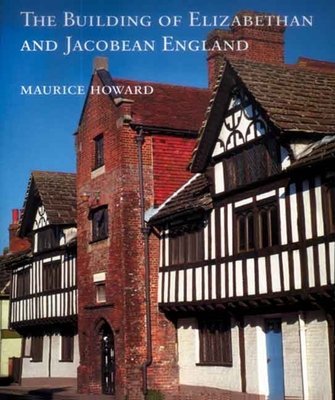 The Building of Elizabethan and Jacobean England

While the dissolution of the monasteries in the 1530s resulted in the destruction of much of England’s built fabric, it was also a time in which many new initiatives emerged. In the following century, former monasteries were eventually adapted to a variety of uses: royal palaces and country houses, town halls and schools, almshouses and re-fashioned parish churches. In this beautiful and elegantly argued book, Maurice Howard reveals that changes of style in architecture emerged from the practical needs of construction and the self-image of major patrons in the revolutionary century between Reformation and Civil War.


Praise For The Building of Elizabethan and Jacobean England…

“Thanks to Howard’s lucid and accessible prose and the book’s lavish and delightful illustrations, the modern reader, whether scholarly or not, will be delighted. The old guard could well feel challenged.” - Robert Tittler, Journal of the Society of Architectural Historians, 68, No. 1

Maurice Howard is professor of art history at the University of Sussex.
Loading...
or
Not Currently Available for Direct Purchase