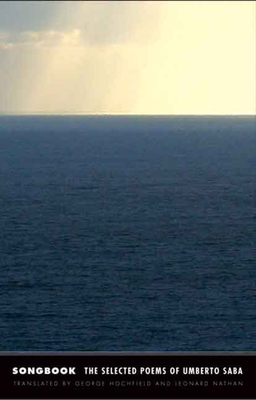 Umberto Saba’s reputation in Italy and Europe has steadily grown since his death in 1957, and today he is positioned alongside Eugenio Montale and Giuseppe Ungaretti as one of the three most important Italian poets of the first half of the twentieth century. Until now, however, English-language readers have had access to only a few examples of this poet’s work. This bilingual volume at last brings an extensive and exquisitely translated collection of Saba’s poems to English-speaking readers.

Both faithful and lyrical, George Hochfield’s and Leonard Nathan’s translations do justice to Saba’s rigorous personal honesty and his profound awareness of the suffering that was for him coincident with life. An introductory essay, a translation of Saba’s early manifesto, “What Remains for Poets to Do,” and a chronology of his life situate his poetics within the larger context of twentieth-century letters. With its publication, this volume provides the English-speaking world with a momentous occasion to rethink not just Italian poetry but also the larger European modernist project.


Praise For Songbook: The Selected Poems of Umberto Saba (The Margellos World Republic of Letters)…

"An invaluable resource for English-speaking scholars and lovers of modern Italian poetry, one that will certainly make its way into hundreds of libraries, and become a main point of reference for professors and students who will address the fundamental importance of Saba's poetry for many years to come."—Philip Balma, Translation Review
— Philip Balma

"Saba's achievement overflows the boundaries of any single poem, and now with this new translation . . . English-speaking readers can at last begin to take the measure of, and perhaps to learn from, this deeply haunting poet."—Rosanna Warren, The New Republic
— Rosanna Warren

“This volume presents a set of refined translations from the abundant production of one of the major poets of modern European literature.”—Paolo Valesio, Columbia University
— Paolo Valesio

“Spanning nearly half a century of the poet's career, this translation of Umberto Saba’s work is sorely needed and will make a major contribution to literature in translation."—Peter Carravetta, Alfonse M. D'Amato Professor in the Department of European Languages, Literatures and Cultures at SUNY/Stonybrook
— Peter Carravetta

“Saba’s vision is frank-marked with a direct intelligence and utterly original perception. His house is made of unpainted wood, its windows kept open for life and grief to flow through.”—Jane Hirshfield, author of Nine Gates: Entering the Mind of Poetry

“Saba is one of the major Italian poets since his beloved Leopardi and is as eminent as Ungaretti and Montale.  He also is a vital Jewish poet, eloquently presented by this admirable translation.”—Harold Bloom

Umberto Saba (1883–1957) is widely considered to be one of the most important Italian poets of the twentieth century. George Hochfield is professor of English, emeritus, State University of New York at Buffalo. Leonard Nathan has published many volumes of poetry, as well as numerous translations, prose works, and articles on poetry.