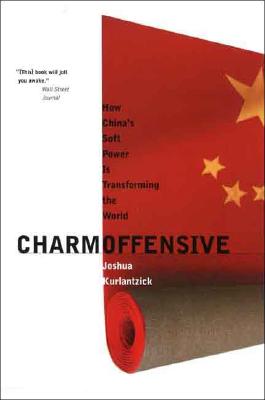 At the beginning of the twenty-first century, China is poised to become a major global power. And though much has been written of China’s rise, a crucial aspect of this transformation has gone largely unnoticed: the way that China is using soft power to appeal to its neighbors and to distant countries alike. This book is the first to examine the significance of China’s recent reliance on soft power—diplomacy, trade incentives, cultural and educational exchange opportunities, and other techniques—to project a benign national image, position itself as a model of social and economic success, and develop stronger international alliances. Drawing on years of experience tracking China’s policies in Southeast Asia, Latin America, and Africa, Joshua Kurlantzick reveals how China has wooed the world with a "charm offensive" that has largely escaped the attention of American policy makers. Beijing’s new diplomacy has altered the political landscape in Southeast Asia and far beyond, changing the dynamics of China’s relationships with other countries. China also has worked to take advantage of American policy mistakes, Kurlantzick contends. In a provocative conclusion, he considers a future in which China may be the first nation since the Soviet Union to rival the United States in international influence.

Joshua Kurlantzick is special correspondent for the New Republic and visiting scholar at the Carnegie Endowment for International Peace. He has covered Southeast Asia and China as a correspondent for U.S. News and World Report and The Economist, and his writings on Asia have appeared in Foreign Affairs, the New York Times Magazine, and many other publications.
Loading...
or support indie stores by buying on