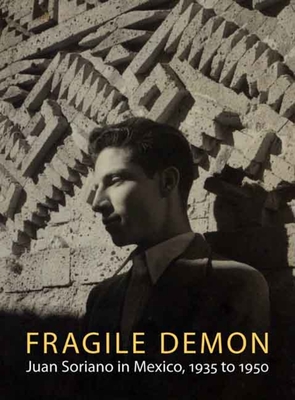 One of Mexico’s most important modern artists, Juan Soriano (1920–2006) served as a link between the nationalist imagery of the Mexican muralists and the experimental vanguard of the 1950s and 1960s known as “La Ruptura.” This fascinating book, which examines the earliest period of Soriano’s career, is the first focused, critical study of him in English.

Opening with texts on Soriano by the artist’s friends and colleagues Octavio Paz and Carlos Fuentes (appearing here for the first time in English), the book places Soriano’s work within the context of Mexican painting during this vibrant and transitional moment. In his essay, Edward Sullivan examines the parallels between paintings by Soriano and those of other modernists from Europe and the United States. He also analyzes the continuity within Soriano’s paintings of certain Mexican pictorial traditions while simultaneously emphasizing the importance of his conscious rejection of folkloric elements sometimes associated with Mexican modern art.

Edward J. Sullivan is Dean for the Humanities and professor of fine arts at New York University. He is the author of several books on Latin American art, including The Language of Objects in the Art of the Americas (Yale).