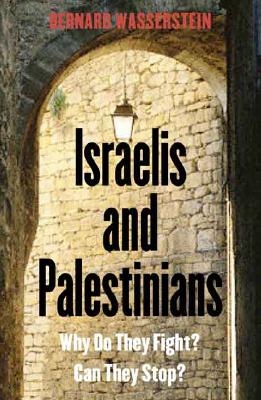 Why Do They Fight? Can They Stop?

Israelis and Palestinians offersa startlingly new interpretation of the historical and contemporary realities of the conflict in the Middle East. Bernard Wasserstein challenges the conventional view of the struggle as driven primarily by irrational ethnic and religious hatreds. Instead he focuses on largely neglected forces—including population, fertility rates, labor, and environmental pressures—that have shaped politics in the region over the last century, and which will inevitably determine its future.
Wasserstein argues that Israelis and Palestinians live today in “Siamese twin societies”; however much they may wish to, neither side can escape the impinging presence and influence of the other. Demographic, economic, and social imperatives are driving Israelis and Palestinians toward mutual accommodation. At a time of diplomatic impasse and escalating bloodshed, Wasserstein offers a realistic and persuasive basis for optimism.