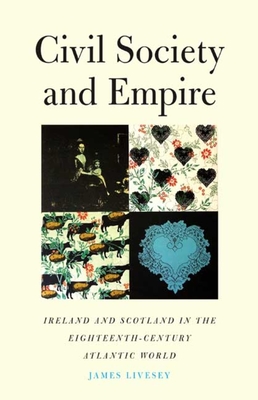 James Livesey traces the origins of the modern conception of civil society—an ideal of collective life between the family and politics—not to England or France, as many of his predecessors have done, but to the provincial societies of Ireland and Scotland in the eighteenth century. Livesey shows how civil society was first invented as an idea of renewed community for the provincial and defeated elites in the provinces of the British Empire and how this innovation allowed them to enjoy liberty without directly participating in the empire’s governance, until the limits of the concept were revealed.

The concept of civil society continues to have direct relevance for contemporary political theory and action. Livesey demonstrates how western governments, for example, have appealed to the values of civil society in their projections of power in Bosnia and Iraq. Civil society has become an object central to current ideological debate, and this book offers a thought-provoking discussion of its beginnings, objectives, and current nature.

“This book is a powerful, intellectually engaged, and sophisticated reading of the intertwining histories of Ireland, Scotland, and England in the eighteenth century.”—Toby Barnard, Oxford University

"This book is infused with intellectual energy, fresh ideas, new perspectives and bold juxtapositions […] a project ripe with originality and promise."—James Smyth, University of Notre Dame

James Livesey has taught at Trinity College Dublin and Harvard University and is Reader at the University of Sussex.