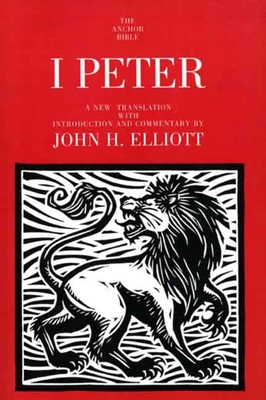 The significance of the First Letter of Peter for the formation of Christianity stands in sharp contrast to its brevity. John H. Elliott, a leading authority on this letter, brings its significance to life in this magnificent addition to the renowned Anchor Bible Commentaries. Elliott sets the letter into context, covering its literary, historical, theological, and linguistic elements. In detailed, accessible discussions, he draws on the latest research to illuminate the social and cultural influences on the Church in its initial years. Treating such important Petrine concerns as living honorably in a hostile society, finding meaning in suffering, and resisting social assimilation as the elect and holy family of God, the translation, notes, and commentary in this volume will help readers appreciate the powerful and enduring message of this fascinating letter.

John H. Elliott is Professor of Theology and Religious Studies at the University of San Francisco, a Lutheran clergyman, and a cofounder of the Context Group. In addition to numerous publications on various New Testament writings, especially from a social-scientific perspective, his books on 1 Peter include The Elect and the Holy, A Home for the Homeless, and the commentary on I–II Peter/Jude in the Augsburg Commentary on the New Testament. He and his wife live in Oakland, California.