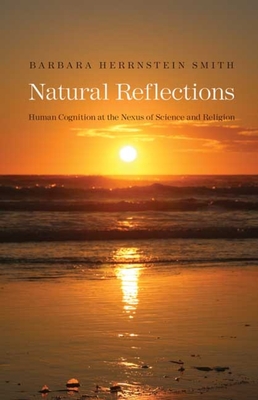 In this important and original book, eminent scholar Barbara Herrnstein Smith describes, assesses, and reflects upon a set of contemporary intellectual projects involving science, religion, and human cognition. One, which Smith calls “the New Naturalism,” is the effort to explain religion on the basis of cognitive science. Another, which she calls “the New Natural Theology,” is the attempt to reconcile natural-scientific accounts of the world with traditional religious belief. These two projects, she suggests, are in many ways mirror images—or “natural reflections”—of each other.

Examining these and related efforts from the perspective of a constructivist-pragmatist epistemology, Smith argues that crucial aspects of belief—religious and other—that remain elusive or invisible under dominant rationalist and computational models are illuminated by views of human cognition that stress its dynamic, embodied, and interactive features. She also demonstrates how constructivist understandings of the formation and stabilization of knowledge—scientific and other—alert us to similarities in the springs of science and religion that are elsewhere seen largely in terms of difference and contrast.

In Natural Reflections, Smith develops a sophisticated approach to issues often framed only polemically. Recognizing science and religion as complex, distinct domains of human practice, she also insists on their significant historical connections and cognitive continuities and offers important new modes of engagement with each of them.

Barbara Herrnstein Smith is Braxton Craven Professor of Comparative Literature and Director of the Center for Interdisciplinary Studies in Science and Cultural Theory at Duke University and Distinguished Professor of English at Brown University. She is the author of Belief and Resistance: Dynamics of Contemporary Intellectual Controversy and Scandalous Knowledge: Science, Truth and the Human.