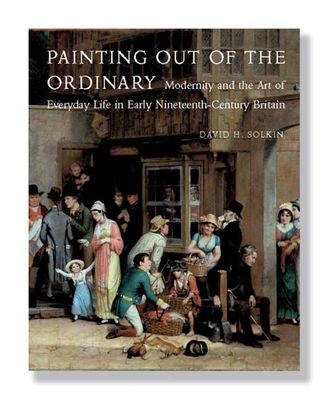 Painting out of the Ordinary

At the height of the Napoleonic Wars, a new generation of painters led by the precociously talented David Wilkie took London's art world by storm. Their novel approach to the depiction of everyday life marked the beginning a trajectory that links the art of the Age of Revolution with the postmodern culture of today.

What emerged from the imagery of Wilkie and other early 19th-century British genre painters—among them William Mulready, Edward Bird, and the controversial watercolorist Thomas Heaphy—was a sense that common people were increasingly bound up with the exceptional events of history, that traditional boundaries between country and city were melting away, and that a more regularized and dynamic present was everywhere encroaching upon the customary patterns of the past.


Praise For Painting out of the Ordinary: Modernity and the Art of Everday Life in Early Nineteenth-Century England…

". . . fascinating. . . . While the book's narrow focus seems appropriate for specialized/graduate libraries, the essays in each of the six chapters address broader themes of 19th-century visual culture and provide exemplary visual and contextual analysis of standard, and, more often, lesser-known works."— Choice
— Choice

David H. Solkin is professor of the social history of art, Courtauld Institute of Art. He is the author of Painting for Money: The Visual Arts and the Public Sphere in Eighteenth-Century England and editor of Art on The Line: The Royal Academy Exhibitions at Somerset House 1780–1836, both published by Yale.