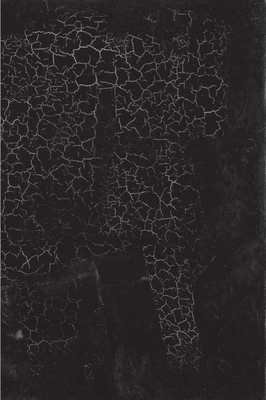 Malevich and the Origin of Suprematism

An in-depth exploration of Malevich’s pivotal painting, its context and its significance

Kazimir Malevich’s painting Black Square is one of the twentieth century's emblematic paintings, the visual manifestation of a new period in world artistic culture at its inception. None of Malevich’s contemporary revolutionaries created a manifesto, an emblem, as capacious and in its own way unique as this work; it became both the quintessence of the Russian avant-gardist's own art—which he called Suprematism—and a milestone on the highway of world art. Writing about this single painting, Aleksandra Shatskikh sheds new light on Malevich, the Suprematist movement, and the Russian avant-garde.

Malevich devoted his entire life to explicating Black Square's meanings. This process engendered a great legacy: the original abstract movement in painting and its theoretical grounding; philosophical treatises; architectural models; new art pedagogy; innovative approaches to theater, music, and poetry; and the creation of a new visual environment through the introduction of decorative applied designs. All of this together spoke to the tremendous potential for innovative shape and thought formation concentrated in Black Square.

To this day, many circumstances and events of the origins of Suprematism have remained obscure and have sprouted arbitrary interpretations and fictions. Close study of archival materials and testimonies of contemporaries synchronous to the events described has allowed this author to establish the true genesis of Suprematism and its principal painting.


Praise For Black Square: Malevich and the Origin of Suprematism…

"Black Square offers a productive critique of the artist’s numerous attempts to rewrite his biography and the history of Suprematism. One of the book’s most substantial contributions is its continuation of efforts by Charlotte Douglas, Andrei Nakov, and others to move away from Malevich’s intentionally inaccurate dating of his own works. . .Black Square also succeeds in its efforts to overturn traditional narratives about Malevich’s Suprematist period, as well as in its attempts to create new ones."—Jason Strudler, Vanderbilt University
— Jason Strudler

Aleksandra Shatskikh is an art historian and a world authority on the Russian avant-garde.