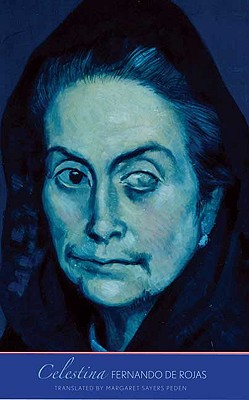 A timeless story of love, morality, and tragedy, Fernando de Rojas's Celestina is a classic of Spanish literature. Second only to Don Quixote in its cultural importance, Rojas's dramatic dialogue presents the elaborate tale of a star-crossed courtship between the young nobleman Calisto and the beautiful maiden Melibea in fifteenth-century Spain. Their unforgettable saga plays out in vibrant exchanges, presented here in a brilliant new translation by award-winning translator Margaret Sayers Peden. After a chance encounter with Melibea leaves Calisto entranced by her charms, he enlists the services of Celestina, an aged prostitute, madam, and procuress, to arrange another meeting. She promptly seizes control of the affair, guiding it through a series of mishaps before it meets its tragic end. At times a comic character and at others a self-assertive promoter of women's sexual license, Celestina is an inimitable personality with a surprisingly modern consciousness, certain to be relished by a new generation of readers.

“This edition of Roja’s Celestina wins, to use baseball parlance, the triple crown. . . . a fresh, vibrant translation.”--Choice

"Celestina is an immensely difficult text to translate and Margaret Sayers Peden does not disappoint. She delivers the most thoughtful and incisive translation to date, with a text that seems to echo the minds and feelings of these beguiling characters from fifteenth century Salamanca. Full of wit and pathos, longing and laughter, readers will be enthralled by the nuanced tones of this new rendering. A brilliant tour de force accompanied by an elegant, intelligent and enlightening Introduction by Roberto González Echevarría. González Echevarría’s notion of broken bodies as pieces of a Picasso painting/puzzle will resonate with us for a long time."—Frederick A. de Armas, University of Chicago

"Margaret Sayers Peden offers a faithful, elegant, and eminently readable translation of Celestina. She does not call attention to the act of translation but combines her art with that of Rojas. Roberto González Echevarría provides a brief but rich introduction."—Edward H. Friedman, Vanderbilt University

“The new translation by Margaret Sayers Peden serves up the freshness and naughtiness of the text while inviting a new generation of readers into the rich melodrama of a book that, although it is a classic, draws readers in not ‘because it is good for them,’ but rather because it is fun.” —Monica Szurmuk, PRI’s “The World”
-Monica Szurmuk

Fernando de Rojas (1475 1541) was born in Toledo, Spain. He worked as a lawyer and served as mayor of Talavera for some time. Celestina is his only published work. Margaret Sayers Peden is professor emerita of Spanish at the University of Missouri and the translator of major works by Octavio Paz, Pablo Neruda, Isabel Allende, and others. Roberto Gonzalez Echevarria is Sterling Professor of Hispanic and Comparative Literature, Yale University."
Loading...
or
Not Currently Available for Direct Purchase