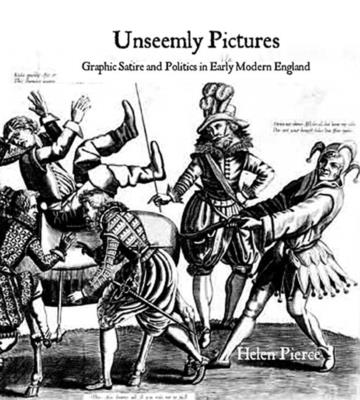 This engaging book is the first full study of the satirical print in seventeenth-century England from the rule of James I to the Regicide. It considers graphic satire both as a particular pictorial category within the wider medium of print and as a vehicle for political agitation, criticism, and debate.

Helen Pierce demonstrates that graphic satire formed an integral part of a wider culture of political propaganda and critique during this period, and she presents many witty and satirical prints in the context of such related media as manuscript verses, ballads, pamphlets, and plays. She also challenges the commonly held notion that a visual iconography of politics and satire in England originated during the 1640s, tracing the roots of this iconography back into native and European graphic cultures and traditions.

Helen Pierce is a postdoctoral research fellow based at the Centre for Renaissance and Early Modern Studies at the University of York.