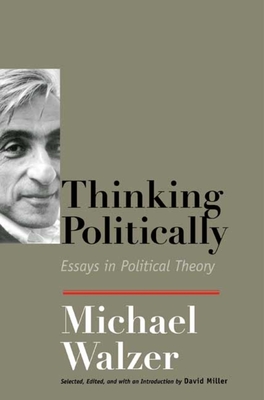 A collection of the most important writings of Michael Walzer, one of the world’s most influential political thinkers

Michael Walzer is widely regarded as one of the world’s leading political theorists. In a career spanning more than fifty years, he has wrestled with some of the most crucial political ideas and questions of the day, developing original conceptions of democracy, social justice, liberalism, civil society, nationalism, multiculturalism, and terrorism.

Thinking Politically brings together some of Walzer’s most important work to provide a wide-ranging survey of his thinking and the vision that underlies his responses to contemporary political debates. The book also includes a previously unpublished essay on human rights. David Miller’s substantial introduction presents a detailed analysis of the development of Walzer’s ideas and connects them to wider currents of political thought. In addition, the book includes a recent interview with Walzer on a range of topical issues, and a detailed bibliography of his works.

This collection will be welcomed by scholars in politics and philosophy, as well as anyone keen to engage in discussion on some of the key issues of our times.

Michael Walzer is UPS Foundation Professor of Social Science at the Institute for Advanced Study in Princeton. He has published extensively in political philosophy and is equally well known for his contributions to contemporary political debates. He lives in Princeton, NJ. David Miller is professor of political theory and official fellow, Nuffield College, Oxford. He is a fellow of the British Academy and the author or editor of fifteen books, including On Nationality and Principles of Social Justice.