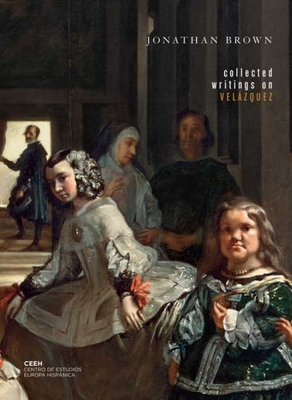 In this stimulating book, a leading authority on the Spanish master Diego Velázquez discusses this enigmatic artist and explores the mysteries presented by his paintings.

The essays collected here, written over the course of Jonathan Brown’s distinguished career, include some which are published in English for the first time and one which has never before been published. Two themes unite them. The first concerns the changing relationship between Velázquez and his patron Philip IV, which provides a framework for Brown to interpret the painter’s career. The centerpiece of this relationship is Veláquez’s masterpiece, Las Meninas, and this painting is the subject of two essays. The second theme is the problem of attributions and the related issue of Velázquez’s innovative technique. Since Velázquez was not a prolific painter, questions of authenticity become increasingly contentious. Brown considers this matter in its widest dimensions and participates in the debate about individual attributions.

Jonathan Brown is the Carroll and Milton Petrie Professor of Fine Arts at the Institute of Fine Arts, New York University. He is the author of the standard biography on Velázquez, Velázquez, Painter and Courtier.