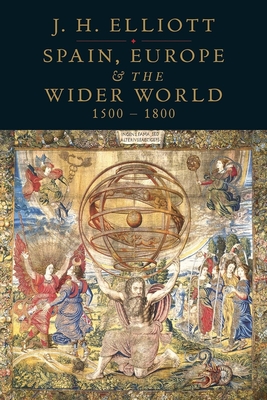 When J. H. Elliott published Spain and Its World, 1500–1700 some twenty years ago, one of many enthusiasts declared, “For anyone interested in the history of empire, of Europe and of Spain, here is a book to keep within reach, to read, to study and to enjoy" (Times Literary Supplement). Since then Elliott has continued to explore the history of Spain and the Hispanic world with originality and insight, producing some of the most influential work in the field. In this new volume he gathers writings that reflect his recent research and thinking on politics, art, culture, and ideas in Europe and the colonial worlds between 1500 and 1800.

The volume includes fourteen essays, lectures, and articles of remarkable breadth and freshness, written with Elliott’s characteristic brio. It includes an unpublished lecture in honor of the late Hugh Trevor-Roper. Organized around three themes—early modern Europe, European overseas expansion, and the works and historical context of El Greco, Velázquez, Rubens, and Van Dyck—the book offers a rich survey of the themes at the heart of Elliott’s interests throughout a career distinguished by excellence and innovation.

"Not only an excellent summation of the major historiographical positions but also an insider's look at the academic origins of the original debate in the pages of Past and Present. . . . Throughout these essays, Elliott seeks explanations in constitutional and political arrangements but also in the vagaries and contingencies of time and place. It is his ability to balance structural, conjunctural, and individual elements that gives these essays their freshness. . . . These essays also demonstrate that careful scholarship, elegant prose, and a disciplined historical imagination can, whatever the national origins of the author, always illumine and provoke, which is exactly the objective accomplished here."—Stuart B. Schwartz, Journal of Modern History
— Stuart B. Schwartz

J. H. Elliott is Regius Professor Emeritus of Modern History, University of Oxford, and author of Spain and Its World, 1500–1700, published by Yale University Press. He has been the recipient of many honors, including the Wolfson Prize for History, the Prince of Asturias Prize for the Social Sciences, and the Balzan Prize for History. He lives in Oxford, United Kingdom